I hate music the fluidity it oozes the happiness it causes God how I hate it, but you won't get it it's not everyday you picture what you could do with yourself if things had been slightly different. You would feel what they feel do what they do. I'm not asking for a lifetimes worth maybe just a day or a few hours that's not too much is it? But unfortunately I just watch while others enjoy imagining what it would feel like a bit like a ghost I float into their bodies not to necessarily possess them but just to experience a little happiness. Curse my imagination I do it without thinkin, the beat pounds my Sony's I get lost within it and my imagination takes over again. Sometimes it's not even my imagination sometimes I just forget what I'm doing and go with the flow and lose consciousness this is when I'm at my least happiness because sure nuff it's slammed into me like a ton of bricks that what I'm meant to be doing ain't normal or at least when I watch it back it doesn't look normal So then its back to my secluded space where I let my nerves and neurons run wild and in place of myself I imagine others doing what I choreographed. Still no justice though, no justice at all. I just wanna know what it's like...to sway your hips to hit every note with precision, to krump. Gosh a good krumping session..imagine that? I was always an angry one and krumping just reflects that hitting everything so hard your body hurts yet everyone who sees can see the determination and drive and it suddenly doesn't look so aggressive anymore. Bit of contemporary? Being able to flex your feet, dive across the the stage and the soft music just scratches the surface of your pain and hurt towards everything you are. You hold yourself, save yourself and the crowed is dead captivated and finally just finally they understand, but your far from done. Salsa arrives and your inner Latina is set free, she is not reminded of who she's meant to be because she feels so alive. This isn't her, far from that it's something else, someone else, but words can't describe what exactly is setting her alight. All the men watch her even when none of her skin is exposed shes's covered up hiding away, but then this delicious, spice man comes towards her, forget that he stalks towards her bleeds her dry and he takes hold of her wrist piercing it slightly, her mouth draws open gasping for air but suddenly oxygen doesn't exist just for those mere seconds and the audience oh the audience their running wild, but that is the least of her concerns. the music intensifies and the hot specimen strips her exposing her flesh and drawing her towards him to his rock chest. All so soon the moment is gone it's the 70's with Elvis her feet bounce off the ground so quick it's impossible to catch. Pirouette anyone? Ballet equals pink tutus init? Instead it's heavy dark rock and it's pitch black with the occasional white flash bodies flying all over the place both big and small it's a warzone and she's lost

Somebody help me! Please I beg of you! They have me! a final bolt of thunder arrives and you jump all of sudden she's gone. Where is she?

The sky brightens and the angel appears in all her beauty. My favourite bit has arrived basked in her cultural glory. She stands up and she just as she hears the afreobeats begins, her hips are neutral just gently blowing with the wind, she has everyone going now, not for her dance, but just the songs alone. Soon she is in a trance and she let's go and she whines her waist, moves her feet even bussin small skelewu, but she doesn't care because she feels normal like a woman should/ She finally breathes the oxygen she lost and feels at home as her man, prince even stands behind her just watching her radiant smile the biggest smile he's since he almost can't believe it! It breaks his heart to know...

This is my dream
Something I'll never be able to achieve 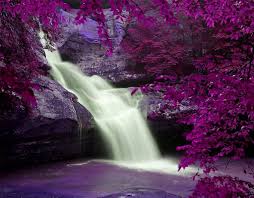 Email ThisBlogThis!Share to TwitterShare to FacebookShare to Pinterest
Labels: Poems